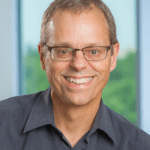 In 1982, Dr. Lambert joined the Dana-Farber Cancer Institute, Harvard Medical School, working on the ImmunoGen-funded programs to develop antibody-drug conjugates (ADCs) and immunotoxins as anti-cancer therapeutics. Dr. Lambert joined ImmunoGen in 1987 when the company established independent research laboratories in Cambridge, Massachusetts. After working in a variety of roles at the company, Dr. Lambert served as Chief Scientific Officer from 2008 until 2015. In 2016, he became a Distinguished Research Fellow at the company until his retirement at the end of 2017. He served on the Executive Committee of the company as Executive Vice President, Research, from 2008 until 2016, followed by a year (2017) on the Executive Committee in an Emeritus capacity. During Dr Lambert’s tenure in leadership roles at ImmunoGen, the company invented the ADC technology that resulted in the Genentech/Roche drug, Kadcyla® (approved in 2013 for treating HER2+ breast cancer), as well as numerous other ADCs taken into clinical development. One of these is ImmunoGen’s promising drug candidate, mirvetuximab soravtansine, an ADC currently in a phase 3 trial for the treatment of platinum-resistant ovarian cancer.

Dr Lambert is the author/co-author of over 120 peer-reviewed scientific publications. In 2016, Dr Lambert was elected as a Fellow of the American Institute for Medical and Biological Engineering (AIMBE). In 2018, he was appointed as an Honorary Professor of Queen’s University, Belfast, Northern Ireland, UK.

Designing Effective Antibody-Drug Conjugates: What Have We Learned in Forty Years & What Are the Future Prospects 9:40 am

Effective exploitation of antibodies for treating cancer required many lessons to be learned and technologies to be developed in the 1980s and 1990s Since Mylotarg’s approval in 2000, major advances in antibody-drug conjugate technologies were pioneered by ImmunoGen, Inc., and Seattle Genetics, leading to the approvals of Kadcyla and Adcetris With many “tools in the…Read more