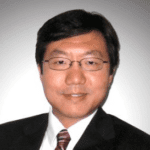 From 2010 to 2015, he served as an Executive Director of Business Development at PPD/BioDuro, where he was responsible from business strategy formulation to collaboration and partnership establishment. Prior to joining PPD/BioDuro, Dr. Li spent 10 years at Pfizer Global Research & Development, La Jolla Laboratories and has led research programs in a number of disease areas including oncology, metabolic diseases, anti-viral, and ophthalmology. He is an inventor of Filibuvir (PF-00868554), an HCV polymerase inhibitor currently in phase II clinical trials by Pfizer and MS-553, a PKC inhibitor currently in phase I clinical trials by Mingsight. Dr. Li obtained his bachelor degree in chemistry from Peking University and Ph.D in chemistry from University of California, San Diego. He was a founding member of the Sino-American Biomedical & Pharmaceutical Professional Association (SABPA) in 2002, served as SABPA president from 2006 to 2008 and the board chairman from 2010 to 2013

Development of a New TROP-2 ADC with Better Therapeutic Window 10:10 am

TROP has emerged as an appealing target for ADC development Tackling the unique challenge for a target with larger tissue distribution and utilization of weaker payload Witnessing how novel ADC design has achieved better linker stability, which has greatly reduced ADC toxicity and improved therapeutic windowRead more